How many of you remember the TV sitcom, “Who’s the Boss?” that aired in the mid-80’s? The basic premise was a role reversal of common stereotypes when a former National League baseball player moves with his daughter to an upscale Connecticut community to become a housekeeper to a high-powered executive and her son.  Typical television drama ensues as the woman and the man recognize that traditional roles including “man as the breadwinner/woman as the homemaker” and “boss/employee” relationships cannot always be so clearly delineated. 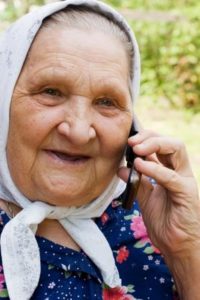 In my work with families, I frequently considered, “Who’s the boss?” As an early interventionist, it became clear to me early in my career that learning HOW a family functions provided critical information that impacted my interactions with that family. Identifying that key decision-maker in each family helped to guide me as I established rapport, worked to build the family’s trust, and enhanced my ability to support the families confidence and competence.

A Kurdish family immigrated to the United States after being religiously and politically persecuted in their country of origin. Recently after their arrival, the doctor informed the family that their 12 month old daughter was showing some signs of developmental delays and referred the family to early intervention.  With the assistance of an interpreter, an IFSP was developed and services began. During one of my earliest visits as the developmental specialist, the family informed me that we were going to call the maternal grandmother in Kurdistan to talk about what I was doing.(Oh, and by the way, the grandmother spoke no English and the family had very limited English.) With lots of gestures, creativity, and good humor, the family and I connected to the grandmother across the world and discussed the child’s early intervention outcomes and services. The child’s mother eagerly waited for the grandmother to approve the plan they had put in place for this child and their family. “Who’s the Boss?”

I had visited this family’s home for approximately three months to provide developmental services and service coordination for “Sammy.” On every visit, a woman (not the mother) sat on the sofa and observed our sessions.  I tried my best to figure just who she was. I introduced myself at the start of each visit hoping she would reciprocate. I even tried, “I don’t believe I got your name.” It was not that she was unfriendly. She often just jumped in the conversation and never quite answered my question. AWKWARD! Finally one day I arrived for a visit and the “sofa lady” was not there. I took the opportunity to ask the mother her name. It turned out that this woman was the next-door-neighbor.  As the mother talked, it quickly became clear to me how important this neighbor was to this family. She was a friend and confidant to this mother. She often played an aunt-like role to Sammy. She helped the family with managing their household and their budget. “Who’s the Boss?”

Do you have a story when you identified an unsuspected key decision-maker?

How did this new information impact your interactions with that family and with “the boss?”