Can Service Coordinators Use Coaching?

Answering this question with a “Sure you can!” makes the answer sound simple, but if you’re a service coordinator you may be finding that using coaching 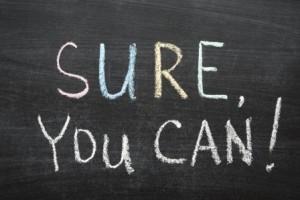 Sure, a service coordinator could “do” everything for a family, but what’s the long-term outcome of that? Families love you, you feel good about yourself, but what impact does that have? Once the family leaves early intervention, who will they turn to when they need assistance? Rather than “doing” for them, I would suggest that coaching them to “do” for themselves will have a much longer-lasting effect with more positive outcomes. Just like the how therapist teaches the parent strategies to support the child’s development, the service coordinator can teach resourcefulness that can carry on for years to come.

Think about the following scenario:

Cailin’s family is newly referred to EI by the local homeless shelter. When Leslie first meets Cailin’s father, Mike, she learns that the family only has four days left before they must move out. When she notices Cailin’s droopy diaper, Mike tells Leslie he only has a day’s worth of diapers left. He’s extremely stressed but doing the best he can since he lost his job two months ago. He’s concerned about Cailin’s development but really needs to find housing. Leslie’s first impulse is to jump into crisis management mode and go by diapers for him. She also thinks that she needs to call other shelters and apartments in the area to find the family a place to live.

Leslie has two options: she can “do” for Cailin’s family and jump in to solve their problems, or she can talk with Mike and try using some coaching strategies to find out what he knows, what he’s already tried, and what he wants to do next.

According to Rush & Shelden (2011), resource-based intervention practices align well with coaching because they focus on strengthening the family’s capacity to:

1. Identify their own priorities and the resources available to address them;

To help Mike move through these three steps, Leslie can use open-ended questions to explore how he might go about meeting his family’s needs:

Getting Diapers for Cailin – Leslie might ask Mike some reflective questions such as “How might you go about getting more diapers?” or “What options do you have for getting enough diapers to get you through until payday?” These are important questions to ask before Leslie tells Mike that she knows about a church pantry that gives away baby supplies every Wednesday afternoon. She’s not keeping this resource from him; she is probing his knowledge of his own resources first. He might answer that he can ask his sister for help until he gets paid on Friday. This way, rather than jumping to a resource outside of his network, he solves the problem himself.

Finding Housing – Leslie could ask “What kinds of things have you done so far to look for housing?” or “How could you find out about housing options?” Again, asking these questions before she launches into her resource list helps Mike access his prior knowledge and informal resources and build on them. It puts him in control. He may also learn skills he could use to avoid a similar situation in the future.

Rather than going back to the office to call other housing options (which I’ve done many times), Leslie could sit with Mike, discuss resources that he knows about and those she’s aware of, and provide him with the contact info for any new resources. She could suggest that he call them during the visit so that they can rule out any that aren’t available. Leslie could help Mike problem-solve next steps by developing a Coaching Plan to outline what’s happening now, what Mike wants to happen (which could be different from what Leslie thinks should happen), and what specific actions need to be taken (see The Early Childhood Coaching Handbook, pg 77). By working as a coach, rather than as a savior, Leslie will be providing more meaningful support that will hopefully increase Mike’s capacity to meet his family’s needs right now and in the future.

On her next visit, Mike mentions that he needs child care for Cailin so that he can find a job but he can’t afford to pay much. Remember that he lost his job a few months ago so must have had child care before…

How could you coach Mike through identifying resources (informal and formal), accessing and evaluating them?

Share your ideas for Leslie and Mike in the comments below!

16 comments on “Can Service Coordinators Use Coaching?”