Wait…Isn’t that Outcome TOO Specific?

Have you been sitting in an IFSP meeting and heard another team member say “Wait…isn’t that outcome too specific?” or “If we put one specific 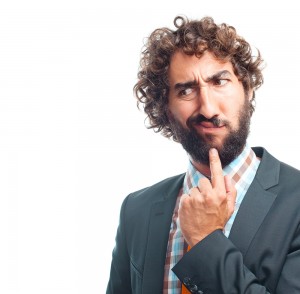 routine in there, does that mean that’s the only way we work on this outcome?”

If these questions sound familiar, then read on (or watch the video blog on this topic) because by the end of this post, I hope you’ll have an ah-ha moment and gain a tip you can share with your reluctant colleagues!

The Answer: No! Being Specific is Important!

When early interventionists are learning to write more specific, measurable, individualized IFSP outcomes, this is a common worry – that making the outcome TOO specific and individualized limits the scope of service delivery. This is not true and here’s why: Including a specific routine in the body of an outcome only provides you with the context in which that outcome will be measured.  Read that again. 🙂

Elise will use ten two-word phrases to request or label her favorite things to do (e.g., down slide, my ball, sand box) while playing in the backyard with her cousin  three afternoons a week for two weeks.

This outcome is very specific. It is individualized to include a favorite and frequent activity that Elise enjoys. It is measurable in that, when Elise is consistently using two-word phrases during backyard play (“consistently” is defined as using 10 phrases during three afternoons a week for two weeks), we can assume that she is using two-word phrases during other activities as well. Inserting the context of having Elise use phrases during backyard play only provides the IFSP team, including the family, with a meaningful way to measure progress. It does not mean that early intervention services should only be provided in the backyard, nor that intervention strategies should only be practiced in the backyard. Rather, services should be provided to support Elise’s caregiver in using intervention strategies across a variety of routines. When Elise is talking with her cousin in this one familiar routine, though, we can feel confident that she has accomplished the “big picture” outcome of expanding her vocabulary and combining words to get her wants and needs met. This last phrase, “get her wants and needs met” might look familiar…

Let’s compare Elise’s outcome with one that is quite common on IFSPs:

Elise will use two word phrases to get her wants and needs met during daily routines.

Sure, I suppose you could say that these outcomes are very similar. They both sort of reflect the big picture. What this outcome is missing, though, is important. This outcome is not measurable. How it will be measured is so nebulous that each IFSP team member could assume something different. Will Elise meet the outcome when she can use two phrases? What will she talk about? If she’s using a phrase or two once or twice a day, is that good enough to say that she’s achieved the outcome? Based on how this outcome is written, we have no idea.

Which Outcome Looks Familiar to You?

Take a moment and reflect on the outcomes your team wrote during your most recent IFSP meeting. Which outcome is closer? How might you help your team understand the importance of writing outcomes that are truly individualized, routines-based, and measurable? Sharing this post might be a first step!

Are you wrestling with the dilemma mentioned in the title of this post?

What have you done to help your team members write better outcomes?

Share your insights in the comments below! And don’t forget to check out our new Video Blogs page too and let us know what you think!

6 comments on “Wait…Isn’t that Outcome TOO Specific?”