Jackie receives a call from Tate’s mother, Mrs. Comer. Mrs. Comer is really frustrated because she feels like she’s not benefiting from her visits with the physical therapist. She tells 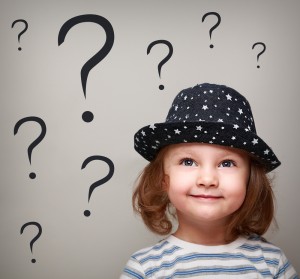 Jackie that she feels like all Alex (the PT) does is ask her questions. She says “I don’t want to just be asked questions that I don’t know the answer to. I’m here to learn how to help Tate. I need Alex to show me what to do!”

Have you been in this situation? Are you Alex or Jackie?

The Transition to Using Coaching

I’m hearing more and more from service coordinators and providers about the struggles and successes with integrating a coaching style of interaction into their practices with families. In Virginia, as in many other states, our EI providers are in the midst of a transition, evolving their practices from a more traditional approach to providing routines-based, collaborative intervention. We’ve worked hard to learn about coaching, having provided training across our state, and now our practitioners are hard at work implementing what they’ve learned. As with any paradigm shift, many are struggling with the transition, especially when it’s a very different way of interacting with families and sharing expertise than what they’re used to.

Let’s think about how Jackie and Alex might handle the situation above. We’ll consider the perspectives of all three people: Alex, Mrs. Comer, and Jackie.

Alex has been a PT for 6 years. He’s very open to using coaching but is struggling to integrate it into his practice, feeling unclear about whether or not he’s “allowed” to share his expertise or handle the child during visits. He really likes the reflective questions and understands the value of reflection as an adult learning strategy, and wants to build the family’s capacity to support their child’s development. Tate has mixed cerebral palsy, with high muscle tone in his extremities and lower tone in his trunk. Alex’s first inclination is to use the intervention visit time to stretch Alex. Instead of doing that, Alex has been trying to ask Mrs. Comer what she’s been doing with Tate and what she thinks she should do.

Mrs. Comer has 3 children and Tate’s the youngest. She has high expectations for Tate and really wants him to be an equal and active part of their family’s life . She’s reading everything she can about CP and understands the importance of positioning, stretching, and adapting activities for him. What she’s struggling with is HOW to do these things. Recently, she asked Alex how to help Tate be able to help with getting himself dressed in the morning. She was frustrated because Alex responded by asking Mrs. Comer, “What do you think you could do?”

Jackie is learning about coaching too and wants to support her providers in making this transition. She also wants to make sure the children and families are getting what they need. When Mrs. Comer shares her concern, Jackie listens closely. Mrs. Comer says that she likes Alex and thinks that it would work better if Alex spent more time showing her how to help Tate learn to sit, move and play. Jackie says she’ll talk to Alex and plan to join the next visit so that they can discuss this as a team.

Jackie calls Alex and first asks how he thinks intervention is going. It turns out that Alex is also frustrated because he wants to model positioning and stretching but wasn’t sure that he should. He struggles with helping Mrs. Comer reflect when she really doesn’t have the prior knowledge of what to do with Tate. They discuss Mrs. Comer’s concerns and her request for more demonstration. Jackie asks if Alex is okay with her joining the next visit and he says “of course!”

The Next Intervention Visit

On the next visit, Jackie facilitates a discussion that airs everyone’s frustrations in a kind and professional manner. Then, to focus the discussion on how to move forward, she helps Alex and Mrs. Comer revisit the family’s need to have Alex actively participate in getting himself dressed. She asks Mrs. Comer to describe what she’s already doing now with dressing and explains why she’s asking – to help her (Jackie) and Alex know what’s worked well or not worked so far. Mrs. Comer shares that getting Tate’s arms through his sleeves is really hard because of his tone. Alex asks if he can see how she dresses Tate so he can help develop some strategies with Mrs. Comer.

Everyone moves to Tate’s bedroom, where Mrs. Comer usually dresses Tate. She removes his clothing and redresses him while Alex observes. Together, Alex and Mrs. Comer try a few strategies and problem-solve together. Alex asks if he can show Mrs. Comer how to help manage Tate’s muscle tone and stretch him before dressing. While he models these strategies, he suggests Mrs. Comer watch for how he positions Tate, where he puts his hands while stretching Tate, and how Tate reacts. They figure out that Tate can help push his arms through the sleeves easiest if he’s in a sitting position, so Alex coaches Mrs. Comer in how to help Tate sit on her lap during dressing. He shows her how to slowly break up Alex’s muscle tone so that Tate can bend his elbows and then straighten his arms through his sleeves. They talk about how this activity helps Tate practice controlling his movement, how stretching before dressing loosens his tone, and how being playful and counting “1-2-3!” before Tate pushes his arm through his sleeve can make the dressing routine motivating for Tate. Mrs. Comer is happy with the strategies and plans to use them in the morning when getting Alex dressed and in the evening after bath time.

At the end of the visit, Jackie asks Mrs. Comer and Alex how they thought things went. Both seemed happy with the visit and the joint plan. Jackie encourages them to continue focusing on how Tate can participate in everyday activities and routines like they did today because they make a great team.

What Do You Think?

If you’re a service coordinator like Jackie, how might you handle a similar situation? How’s your team doing with implementing coaching strategies?

If you’re a provider like Alex, how are you feeling about implementing coaching? What would you do if a family was frustrated with the way intervention was going?

5 comments on “Coaching: It’s About More than Just Asking Questions!”